21+ Most Instagrammable Spots on Cape Cod

Whether Cape Cod is your home or you’re visiting from out of town, it’s fun to capture your memories and share them with others. From iconic boardwalks to picturesque lighthouses to breathtaking beach sunsets, there’s no end to the number of places where you can make lasting memories. With too many to fit into a single blog, we’ve curated a list of our favorite Instagrammable spots on Cape Cod.

Located at the southeastern tip of Falmouth, Nobska Light is a fully restored white tower that’s open for tours if the weather permits. However, the grounds are what you really want to document. The lighthouse is an amazing photo spot from either side — land or sea — and is popular for wedding pictures. Across the street are memorial benches.

Just northwest of Nobska Light is The Knob in Woods Hole. It’s one of the most scenic pieces of land on the peninsula because you get panoramic views of the water. The area got its name because it looks like a knob-shaped parcel of seacoast where Quissett Harbor and Buzzards Bay meet. You can reach The Knob via a 0.25-mile nature trail that starts next to the Quissett Yacht Club.

Running alongside the water is the Cape Cod Canal Bikeway, which is also the Canal Service Rd. It stretches for 6.5 miles on the Bourne side of the canal. The best place to access the path is the parking lot next to the bridge. If that lot is full, more parking is available at the Tidal Flats Recreation Area.

With 100 acres of designed gardens, sweeping lawns, and curated exhibits, the Heritage Museums & Gardens in Sandwich showcases American history. Outside, the abundant and colorful botanical blooms, shrubs, and trees are a fantastic backdrop for photos. Inside, you can take pictures of world-class cars and other artifacts. Visiting in December during the Gardens Aglow event is a brilliant opportunity for festive photos.

Stretching for 1,350 feet, the Sandwich Boardwalk is a historic landmark in Sandwich. The wooden plank bridge, which was originally built in 1875, extends over a marsh and Mill Creek. It looks like it came right out of a book or movie. The surrounding marshland is absolutely stunning. At the end of the boardwalk is Town Neck Beach, where you can get even more wonderful shots of the water view.

Prime Spots for Pictures in the Mid Cape

The famed Kennedy Compound in Hyannis Port is one of our favorite Instagrammable spots on Cape Cod because of the grand views of the home and beach. Although there is no public access to the property compound itself, the coastal site consists of three houses along Nantucket Sound and was once home to Joseph P. Kennedy, wife Rose, and their children — including former U.S. President John F. Kennedy.

In Barnstable is the bustling Hyannis Inner Harbor, one of the most strategic harbors for ferry services to Nantucket Island and Martha’s Vineyard. You can get awesome photos of the high-speed catamarans and cruise boats as they enter and leave, as well as pictures of the many other boats that call the harbor home. A trail on the west side of the harbor runs alongside the water and branches to two parks.

Another boardwalk with outstanding views of nature and Cape Cod Bay is located at Grays Beach, otherwise known as Bass Hole Beach. The weathered gray boardwalk crosses over salt marshes to a small sweep of sand. The shallow water is ideal for paddleboating, and low tide creates shallow tidal pools where you can capture beautiful reflections. The beach has a picnic area and seasonal bathrooms.

One of the most historic Instagrammable spots on Cape Cod is Scargo Tower in Dennis. Originally built in 1974, the tower was meant as a tourist observatory. However, the original wood tower was destroyed, rebuilt, and destroyed again. The current 30-foot cobblestone structure was erected in 1901 and gives you a panoramic view of the peninsula from Scargo Hill. It towers over Scargo Lake, and you can see all the way to Provincetown on a clear day. It’s a great place to snap a photo or even propose on Cape Cod!

At low tide, the sandy beaches along the Cape Cod Bay shoreline in Brewster are referred to as The Brewster Flats. When this phenomenon occurs, it reveals more than 9 miles of clam beds, sandbars, and tidal pools full of sea life. It’s the largest flats in North America, and you can snap photos of it at:

Also in Brewster, you can get pictures of one of the most historic and extravagant homes on Cape Cod. The Crosby Mansion is a three-story mansion that Albert Crosby completed in 1888 with 35 rooms, 15 fireplaces, and a 60-foot viewing tower. The parlor was designed after the Palace of Versailles, and the entrance was designed after Buckingham Palace. In the summer season, it’s available for a limited number of Open Houses.

Considered by many to be the best view on the peninsula, Chatham Light is one of the best Instagrammable spots on Cape Cod. It’s an active lighthouse for the U.S. Coast Guard. Although it’s only open for tours by appointment, you don’t need to climb the white lighthouse to take breathtaking photos of it and the grounds.

You can get some great pictures at the Chatham Fish Pier and Chatham Pier Fish Market. Here, you can watch professional fishermen at work from the observation deck. They bring in their catch of cod, dogfish, haddock, halibut, lobster, and pollock every day. A lot of seals go after the fish that fall off the fishing boats, and you’ll have plenty of chances to get photos of these adorable marine mammals.

Most Instagrammable Spots on Cape Cod in the Outer Region

Every visit to Cape Cod should include a tour of Nauset Light in Eastham. While climbing the red and white tower will give you a scenic view of the surrounding grounds, Nauset Light Beach, and Atlantic Ocean, the best shots are of the lighthouse and detached home. It’s one of the most photographed lighthouses on the peninsula.

In Wellfleet, take a walk across the unique Uncle Tim’s Bridge. Built in 1783 and restored in 2008, the bridge crosses Duck Creek, connecting the central village with Uncle Tim’s Island where you can walk a short nature trail. It’s a peaceful location at sunset for taking pictures of the salt marshes and tidal pools.

To capture a lively scene of people, architecture, and shopping, go to Commercial Street in Provincetown. This famous street is full of art galleries, quirky boutiques, popular restaurants, and fun bars. No matter when you go, the sheer character of the street makes it one of the most Instagrammable spots on Cape Cod.

About midway down Commercial Street in Provincetown is the Pilgrim Monument. This 252-foot iconic and historic tower was built in 1892 to commemorate the arrival of the Mayflower Pilgrims in 1620. Although it’s not the highest point on Cape Cod, climbing to the top gives you a bird’s-eye view of the bustling town, allowing you to get shots of the ships sailing into harbor and people shopping below.

On the other side of Commercial Street from the Pilgrim Monument is MacMillan Pier. It’s a major transportation hub for Provincetown with all types of sea excursions departing daily, including whale watching boat tours and ferries to and from Boston and Plymouth. If you’re there for Independence Day or New Year’s Eve, you can get some amazing photos of fireworks over the water.

We’ve put the Cape Cod Rail Trail in a category of its own because it stretches across seven towns. It starts in the Mid Cape in Yarmouth, travels through the Lower Cape, and ends in the Outer Cape in Wellfleet. However, the towns have plans to expand the 27.6-mile-long path. Since it crosses so much land, the trail features tons of Instagrammable spots on Cape Cod.

Of course, there are tons of beautiful beaches along the Cape’s coastline that are worthy of Instagram. However, we’ve put together a list of what we think are the most gorgeous beaches:

If you’re looking for an Instagrammable place to stay on Cape Cod, check into Candleberry Inn. Our bed and breakfast in Brewster features luxurious accommodations and many complimentary amenities. The coastal theme of our Garden Suite is worthy of photos, as are our gourmet breakfast and lovely gardens. 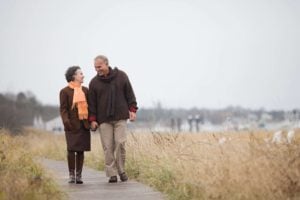 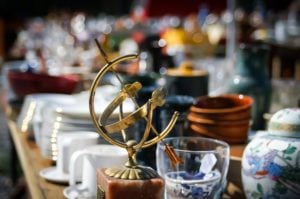 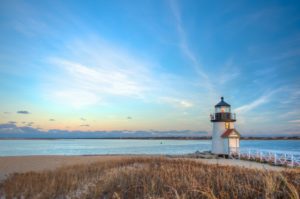 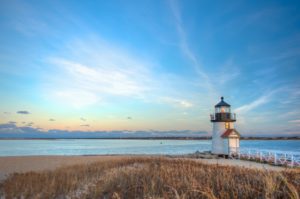 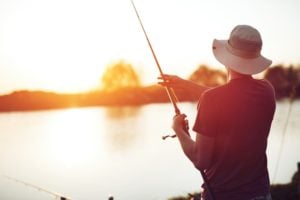 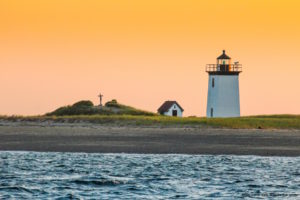