“Relaxation” is a word that comes to mind when most people think of a Cape Cod getaway. And, one relaxing activity that’s one of the best things to do on Cape Cod is enjoying a craft brew at a local Cape Cod brewery.

Locally made beers are featured in lounges, bars, and restaurants in every town. But for the freshest taste, we recommend that you go to the source. Here are the best breweries on Cape Cod and some Cape Cod brewery tour options as well. 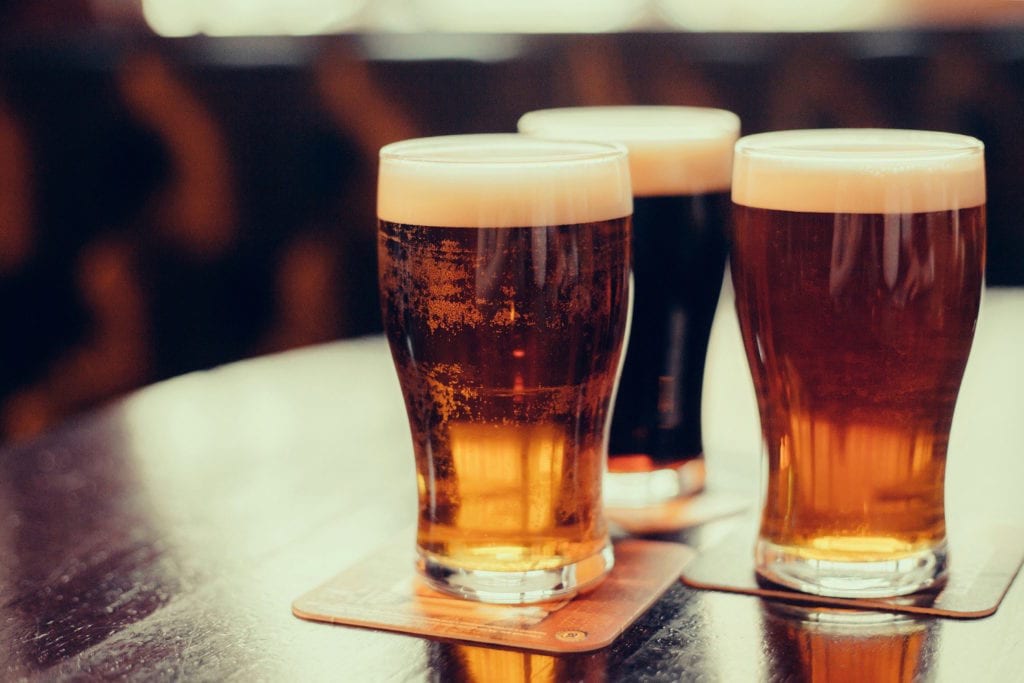 Consisting of Bourne, Falmouth, Mashpee, and Sandwich, the Upper Cape is home to a handful of great places to get a craft beverage. Check them out for yourself!

With a taproom in Falmouth, Aquatic Brewing Co. makes everything from ale and IPA to lager and stout. You can order light snacks to go with your drinks, or bring your own food — whether it’s delivery or takeout from a local restaurant. Sometimes, there’s a food truck on site as well.

The simple decor inside includes a lengthy bar that separates the taproom from the brewing equipment. Stools line the walls and surround a couple of tall tables. The taproom is pet-friendly as long as your dog stays on a leash and behaves well.

The Bad Martha Farmer’s Brewery has a 15-bbl system to meet on-site brewing needs at its tasting room in East Falmouth and for distribution. A range of its brews are available on tap, and it makes a line of hard seltzers.

You can order charcuterie, cheese plates, and crudite with your beer. The tasting room offers specialty artisan pizzas and other hot food too. Even designated drivers can enjoy the fun because there’s a selection of nonalcoholic drinks.

The property has a beautifully landscaped outdoor beer garden and patio with an extended pergola. It’s the perfect outdoor environment for live music and games.

Providing experiences is the mission behind Naukabout Brewery in Mashpee. In fact, the meaning of the word “naukabout” is “doing what you love to do when you’re finished doing what you have to do.” The brewery has a 6,000-square-foot taproom and patio that reflects this lifestyle.

At the end of the day, Naukabout is a wonderful place to kick back and relax, especially outdoors. Seating in the patio area changes with the season. Sometimes, there are picnic tables with umbrellas or some other canopy covering. In the winter, there are heated igloos!

On top of that, Naukabout loves to host events. You can plan family events, movie nights, themed music nights, sporting events, and lawn games. The brewery often has live music as well.

Although established in Charlton Massachusetts, Tree House Brewing Company has a taproom in Sandwich. You need to make reservations ahead of time; the brewery limits the number of people to ensure that everyone has an incredible experience.

You can order draft beer and a wide variety of to-go beer, seltzer, and cold brew coffee. During your visit, you can enjoy a spectacular view of Cape Cod Bay from the back deck or gravel patio area. Or, take a walk on the sandy beach. There’s plenty of seating indoors too, if the weather is poor. 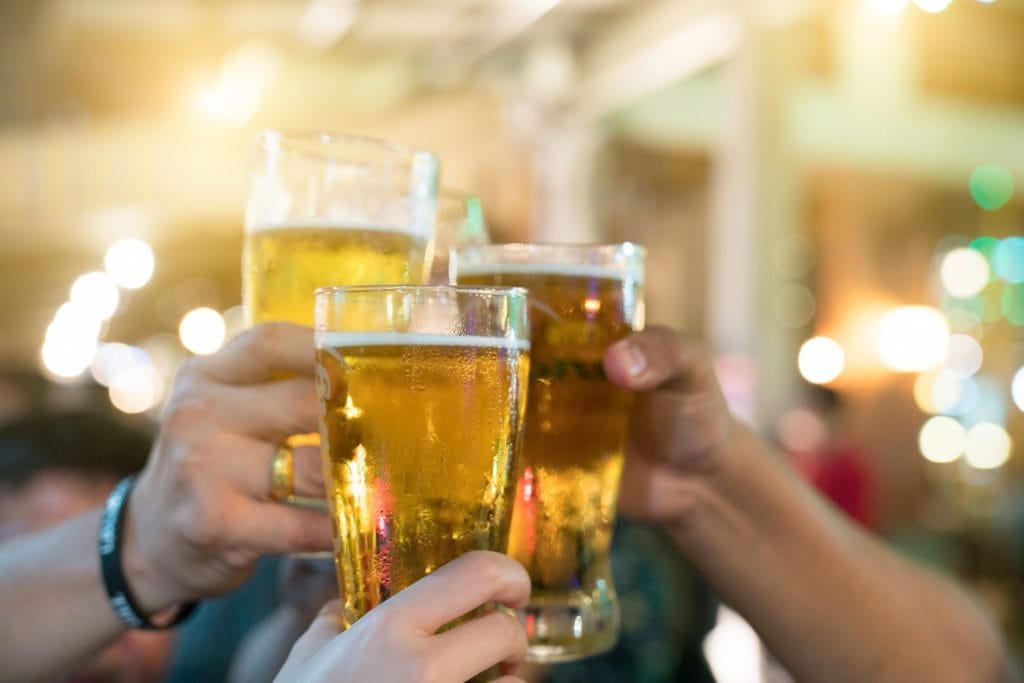 The Mid Cape is another region with plenty of places to get a fresh brew. Visit these Cape Cod brewery taprooms in Hyannis and South Dennis.

Since then, the brewery has grown to make about 12,000 barrels of beer a year, and you can find its brews in bars and restaurants across the Cape. The taproom and beer garden are simply decorated, serving a range of IPAs, fermented pale ales, and more alongside ciders, wines, and cocktails.

Throughout the year, food trucks are on site with delicious menus. There’s live music regularly, and a long list of games — including cornhole, foosball, and board games.

Since 2017, Barnstable Brewing has been operating in Hyannis as a family-owned brewery. Owners Ann and Peter Connor started the brewery after he won Samuel Adams’ “Come Brew With Us” contest. Their son and brewery operations director, Mark, attended Doemens Academy in Munich, Germany.

With their team, the family makes a revolving selection of beers, so there’s always something new to try in the taproom. The Coffee Vanilla Milkshake IPA is a seasonal favorite, though. Their overall mission is to create fresh, handcrafted beer for Cape Cod locals and visitors alike.

Located in Hyannis, Finn’s Craft Beer Tap House is a fantastic brewpub that serves local beers, cider, seltzer, wine, and craft cocktails. You can order one of its Famous Flights, which includes five, 5-oz. samples of beer.

In addition, Finn’s serves nonalcoholic beers so that everyone can enjoy the taproom and outdoor patio atmosphere. Flatbread pizzas, sandwiches, and other food items are available on the menu too.

Committed to making phenomenal handcrafted beer, Devil’s Purse Brewing Co. is a small craft brewery in South Dennis. It mostly creates American-style beers with heavy European influences, all of which are made using only the highest quality ingredients.

One of the Cape Cod brewery’s popular lines is the Handline Kolsch, which originated in Cologne, Germany as a rival to lager. You can enjoy a draft on the outdoor picnic tables. Or, stop by to grab a can to go. 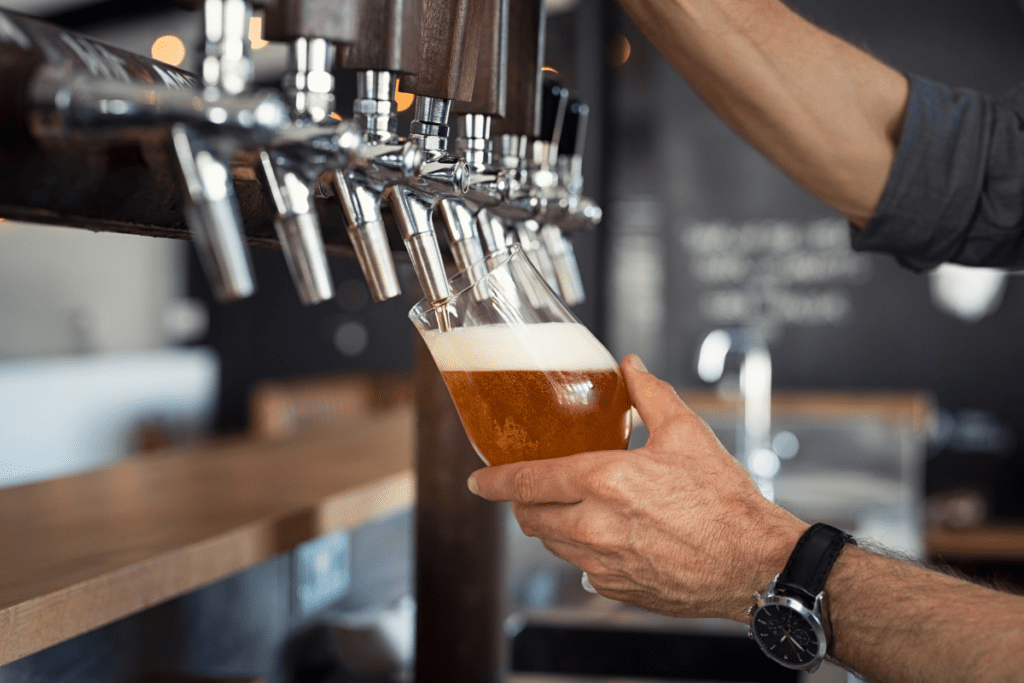 From Brewster and Harwich to Provincetown on the tip of the cape, there aren’t too many breweries to visit. However, the two spots in the Lower and Outer Capes are well worth your time.

Located in Orleans, Hog Island Beer Co. is named after the uninhabited Hog Island in Little Pleasant Bay. The island overlooks Nauset Beach and the shacks on the dunes of the coastline. It’s rumored that Captain Kidd buried gold here, and even the brewery owners have searched for the treasure.

Along with naming the brewery after the area, many of its beers have area-related names. Some of these include the Nauset Haze, White Shark Wheat, and Far Out Stout. You can enjoy your drink inside or at one of the picnic tables in the large outdoor area.

In the heart of Provincetown, Provincetown Brewing Company is passionate about evoking a sense of community. Each of its quality craft brews highlights an organization or cause that the team cares about — from conservation to LGBTQ+ rights — and a percentage of the sales go to those causes.

The taproom is decorated in a more trendy and eclectic style than the other breweries on Cape Cod. You can order drafts or take cans to go, and the food menu includes salads, sandwiches, and plates. Your furry friends are even welcome to join you on the patio.

Taking a Cape Cod scenic drive is certainly a perk of touring the breweries on Cape Cod. But if you want to play it safe, you can hire a designated driver. Consider booking a brewery tour with one of these companies.

From Mashpee, TapTastings offers door-to-door craft brew excursions. As long as your pickup location is within 10 miles, you can customize your Cape Cod brewery tour. Choose up to three breweries on the cape — from Aquatic Brewing Co. to Provincetown Brewing Co. — for up to 13 guests.

On top of that, you can book tours to wineries and distilleries. Or, you could arrange a mashup of various destinations, such as coffee houses, ice cream shops, and restaurants. TapTastings makes all the reservations and includes information about the drinks that are likely to be available at each stop.

Owned and operated by the Higgins family, Cape Cod Brew Bus is located in Hyannis. The family loves to share the best beer on Cape Cod and teach others how they’re made. The bus has an atmosphere of a tavern on wheels with merchandise such as pint glasses and beer soap. 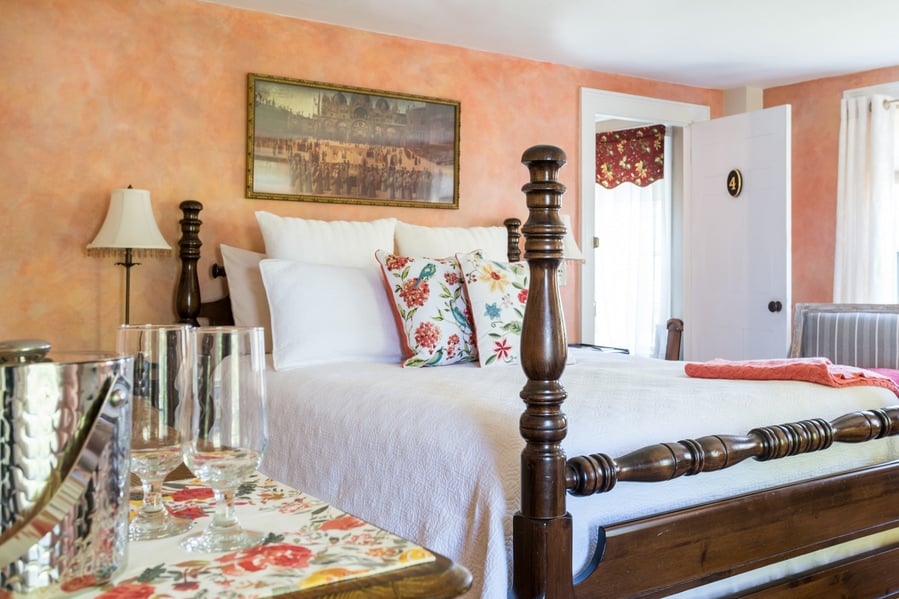 Stay at the Best Cape Cod Bed and Breakfast

Central to each Cape Cod brewery on this list is Candleberry Inn. Our Brewster bed-and-breakfast’s location means that we’re about in the middle of the cape, so all of the breweries are within a one-hour drive from us.

After your afternoon or evening excursion, you can retreat to one of our luxury rooms, all of which include access to first-class amenities. Reserve your favorite room or suite for your next getaway on Cape Cod. 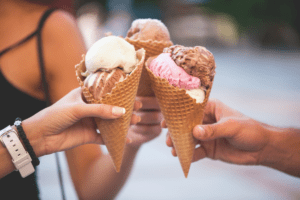 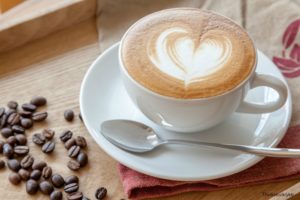 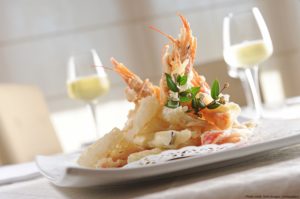 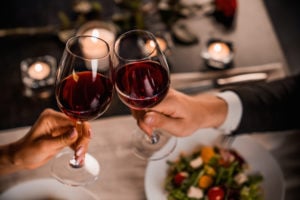 20 Most Romantic Restaurants on Cape Cod 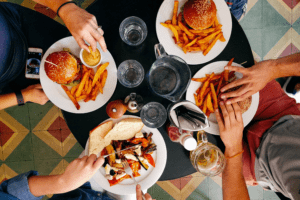