If you’re looking for a good show on your Cape Cod vacation, check out the Cape Playhouse! Dubbed “The Oldest Professional Summer Theater” by the Actors’ Equity Guild of America, this legendary and historic theater has been entertaining audiences for almost a full century. Catch a quality play with big name actors during your stay at Candleberry Inn. Here’s the information you’ll want to know!

If you’re planning a trip to Cape Cod, we can help. Our complimentary Vacation Guide has countless other activities and historic sites like the Cape Playhouse! We know that planning your getaway can be challenging, so we created this list of handpicked recommendations so you can spend less time researching and more time doing what’s important: making memories.

A Spotlight on the Cape Playhouse

The History of the Cape Cod Playhouse

The Cape Playhouse was created in the 1920s. The founders were looking for a theater that was close to Boston but outside of the actual city so city residents had a place to go in the summer. During the hot months, many of the theaters in the city would close due to the uncomfortable heat. The prospect of an upscale and professional theater outside of the city was very attractive to the stars of the stage, and the new Cape Playhouse became a popular spot very quickly! As the years passed, many amateur performers who got early acting roles here blossomed into major acting names, and the theater’s reputation grew. Today, it is a staple of the community, and frequently brings in massive crowds for its impressive productions!

You have probably heard of at least a few of the big names that have performed at the Cape Playhouse! In the early days of the theater, a then-unknown Bette Davis first worked as an usher before performing in a few shows herself. Henry Fonda and her daughter Jane also made appearances. Other big names include Gregory Peck, Humphrey Bogart, and Gertrude Lawrence. Lawrence’s life was the subject of the film Star, which filmed partly in the town of Dennis, and starred Julie Andrews!

If you are interested in seeing what is being performed during your stay at Pilgrim’s Inn, all you have to do is visit the Cape Playhouse website for a full list of the season. You can even buy tickets directly online!

Reflect on Your Day at Candleberry Inn 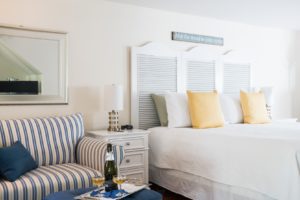 There’s no better way to spend a fun evening than out at the theater. When the show’s over, head back to Candleberry Inn to relax and reminisce about the amazing show. You’ll love our cozy accommodations; each has been designed to keep the history of our building alive. You’ll love the gorgeous oriental rugs, colorful walls, fireplaces, and family heirlooms found throughout the property. All of our elegant rooms come complete with incredible amenities such as a delicious breakfast, complimentary beach gear, and more! Remember, book direct to get the best rate and maybe even a few perks! We look forward to seeing you at Candleberry Inn.

Want to Know the Best Theatres on Cape Cod?

4 of the Most Romantic Things to Do in Cape Cod